It’s that time again! The PowerVR SDK and Tools have been updated with brand new features and improvements.

This is our second release of 2019, but if you want to look back at the changes made in our last release you can find details in the PowerVR SDK 2019 Release 1 blog post or in our release notes.

We’ll take a quick look at some of the most important and exciting new updates of this release in this post, but for those of you who can’t wait to get your hands on it, we thought we’d make it easy for you:

For everybody else, some of the highlights of this release are:

Also, stick around for updates on what our fantastic support team are up to as we close out 2019 and enter the brave new world of 2020.

So let’s get on with it…

PVRTune is our powerful profiling and analysis tool for PowerVR devices. It allows you to analyse your application at a low-level to identify potential performance limitations and bottlenecks. Tune comes with an intuitive GUI which presents CPU and GPU data from the hardware in a clear and easy-to-understand way. Even those who are new to Tune can take a quick look at the monitor window to gain an insight into what’s going on under-the-hood of an application.

One of the coolest updates comes to PVRTune Complete. This is our fully-featured version of PVRTune which is available for free under NDA. Click the button below to request an NDA for PVRTune Complete or contact us through our ticketing system.

The Resource Viewer widget can be used to select the desired application by PID and context ID. 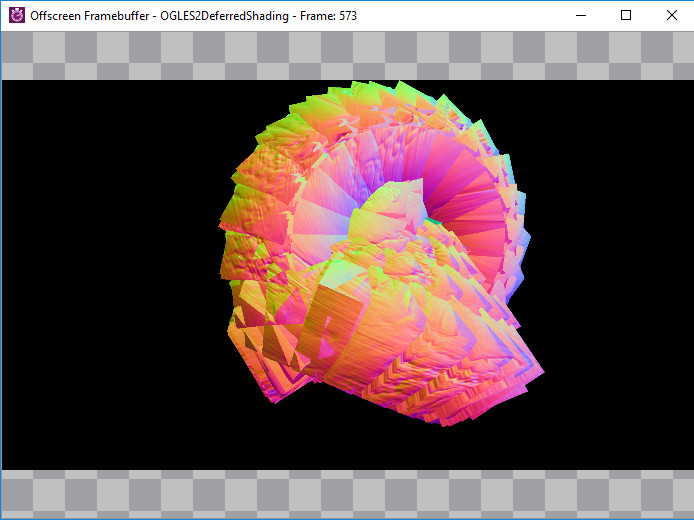 If you haven’t got PVRTune Complete yet, there’s no need to worry – we haven’t forgotten about you. PVRTune Developer is constantly updated with new features and fixes. This time we’ve included a lot of improvements related to the Vulkan® client stream, including:

If you don’t know, PVRTune Developer is our slightly more basic version which has fewer features than Complete but is available to everyone. PowerVR SDK and Tools comes bundled with the Developer version of PVRTune, so when you download this latest release it’ll be there ready for you.

As always this is only a really brief summary of all of the updates for PVRTune. For a full list of all improvements and bug fixes take a look at our release notes.

PVRCarbon is our new API tracing tool (currently in beta) which enables the capture and analysis of Vulkan, OpenGL ES, and EGL API calls. At release it will supersede the currently available tool, PVRTrace, by not only capturing both OpenGL® ES and Vulkan API calls, but also providing much better performance and a raft of new features such as the C++ export functionality. C++ export is a really powerful feature which allows the API calls of an application recording to be outputted as a C++ source code, meaning you can debug an application without even having the original source code on hand!

So, what’s new with PVRCarbon?

There’s still some work to do on Carbon and plenty of features we want to show you, so keep your eyes open for updates.

If you’re developing a Vulkan, OpenGL ES, or any other application for PowerVR devices, your first port of call should be the PowerVR SDK. The SDK is split into two main parts:

Our SDK examples are a great way to see the Framework in action and get some inspiration for your own applications. This update adds a few different example demos as well as plenty of improvements and fixes to make sure your app development experience is as smooth as possible.

Some of the new examples include:

As usual the SDK has also had plenty of general updates and improvements, including:

Our SDK is also available on GitHub, so if you would like to contribute or just want to have a browse before committing to a download, jump over there and take a look.

The PowerVR Support team are always on hand to help you get the best out of your applications. It’s easy to get in contact with them through our ticketing system or on our forum, so if you’re developing for PowerVR or using the PowerVR Tools and SDK, feel free to get in touch.

Our very first Meetup will be on the 16th January at The Parcel Yard near Kings Cross Station, so if you want to be the first to hear about it, why not join our Meetup group? – it’s free! – and also the best way to find out when you can next see our beautiful faces! [we’ll be the judge of that! Ed.] Our first Meetup will include a talk about the Unity High-definition Render Pipeline by our very own, Dihara Wijetunga. We’ve also heard a rumour about FREE FOOD at this event!

There’s too many fixes and improvements to both the SDK and Tools to list here, but if you’re interested pop over to our What’s New page to get the full release notes.

So, what are you waiting for?

For more news and announcements related to PowerVR, keep checking our blog and follow us on Twitter @ImaginationTech