On Monday 27th July 1992, John Major had just become British Prime Minister, and Linux was a word yet to enter our vocabulary. Classic FM didn’t even exist. And VideoLogic, a small technology company in England, began a project that would later become known as PowerVR — based on the first consumer deferred renderer.

Yes, believe it or not, Imagination’s PowerVR technology is 25 years old this month! 25 years and four billion units later, I thought I would ask Twitter what people’s memories were of those intervening years… and the response did not disappoint!

So here are some highlights of those outside VideoLogic/Imagination showing their nostalgia:

Several employees, past and present, had plenty to share as well. Engineers are all about eating, so the number of food-related tweets does not surprise in the slightest:

It even gets you hired:

We’ve no idea where cheese comes into it, but we’re glad it worked out anyway.

Engineers also love a bit of merchandise. I found this pin in my drawer: 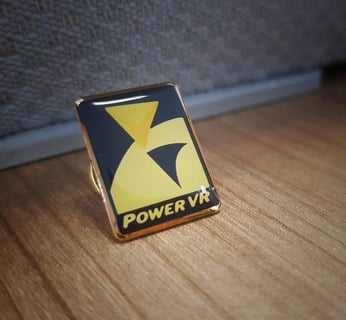 And we have to mention the also incredibly rare PowerVR/Sega/NEC jacket:

Thanks to @0martint for very kindly modelling AVSmith’s jacket here for us! 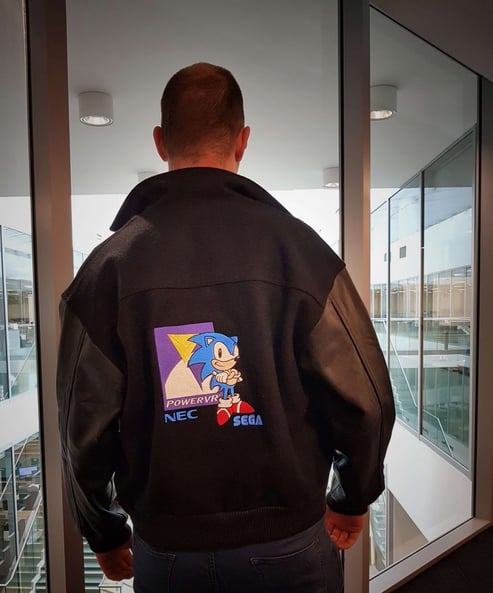 You can find out more about it on this Reddit page! One comment is “That jackets gets you like +4 girlfriends.” It’s a great jacket – but we’re not so sure about that…

I cannot let this post go without some of the more technical memories – ‘kuiash’ had plenty to share:

Even better – I bet the sales people loved doing this – editing binary files is not something generally in their remit!

Imagination’s Simon Fenney was there right from the start of the PowerVR project:

And my own memories? As a student during the PowerVR/3Dfx wars of the late 90s, my abiding memory was staring longingly at boxes such as this one on the shelves of Game, PC World etc.. never imagining a few decades later I’d be writing this blog post! 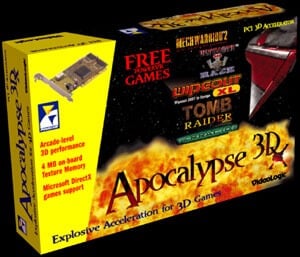 I leave you with a video suggested by Simon Fenney. It’s from ITV’s now sadly departed Cybernet TV show, and features PowerVR:

However, here in the PowerVR developer technology team at Imagination we’re not just looking back, we’re also looking forward to exciting new developments. We have our 17.2 release just around the corner, and we’re looking forward to delivering several significant changes and improvements to our tools and SDK, which we’re eager to share with you soon. We hope to also dive into more detail on some of these developments in future blog posts. So thanks for reading and look out for all these posts in the coming weeks and months!