Since our previous release, we’ve focused a lot of our efforts on our cross-platform profiling and debugging utilities based on feedback we’ve received from our developer ecosystem. Major developments in the PowerVR Graphics SDK v3.2 include: multithread, multi-window playback and recording capabilities for PVRTrace; OpenGL ES driver timing data for PVRTune; the ability for applications to submit their own timing blocks to PVRScope; and extensive debug output when OpenGL ES errors occur for PVRVFrame.

On Android and Linux, we’ve streamlined our device side tools into a single unified package – PVRHub. PVRHub simplifies device configuration and presents an intuitive interface for launching our profiling and debugging tools.

Multithreaded rendering is becoming more popular on multicore CPUs (particularly on Android) and enables developers to issue work to the OpenGL ES driver in parallel. Moreover, it’s possible for an application to have one or more threads that have their own windows. 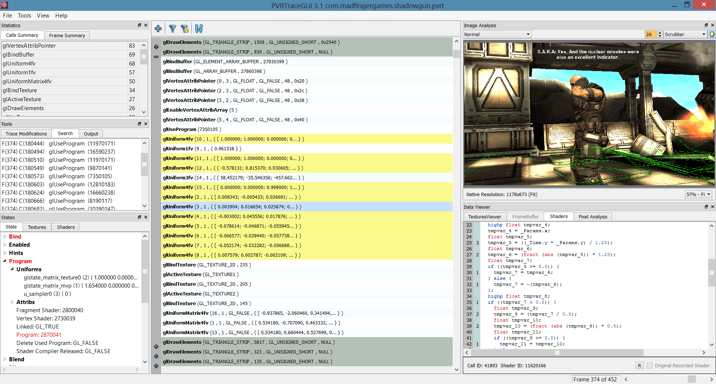 The ability to support multi-thread and multi-window rendering is a very important addition to PVRTrace. Our tool supports all the combinations listed above so developers who want to make full use of multithreading and multi-window techniques can track OpenGL ES and EGL API calls made by their applications without having to sift through source code.

Here are some other new features for PVRTrace: 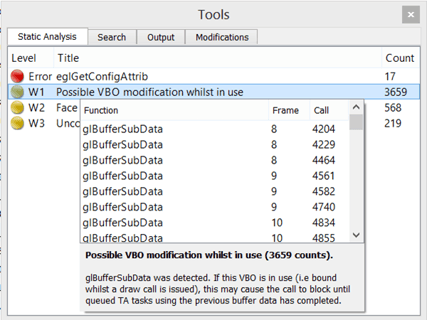 In the PowerVR Graphics SDK v3.2 release, PVRTune dynamically adds a compute row in the graph view for OpenCL timing data. This is very useful if you’re an OpenCL developer because it allows you to see how the compute work is load balanced while other tasks are being processed by the GPU. 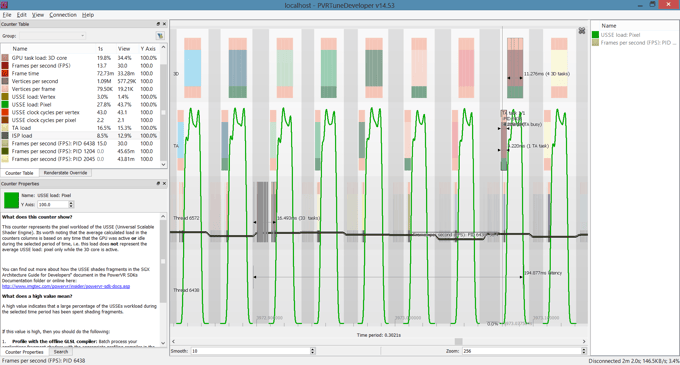 To make our graphics driver more transparent, we’ve added timing data for OpenGL ES calls. This allows you to see how much time is being spent in each EGL/GL call of the graphics driver in real-time.

We’ve also included OpenGL ES counters so you can see the number of triangles, texture uploads, scissors and many more stats as your application is submitting calls. 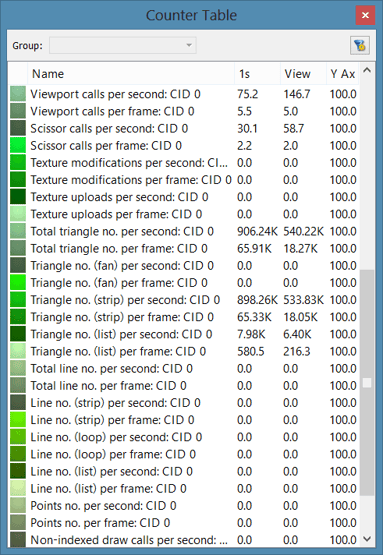 We’ve also exposed the API for timing data in our PVRScope library. This allows you to integrate the library into your applications and use PVRTune as a cross-platform CPU profiler!

On top of this, PVRTune has been given a new, powerful search engine that returns frame numbers, time periods, tasks (e.g. 3D, TA, SPM) and custom markers that match your search query.

PVRVFrame has been updated with better error reporting, and is now offering an in-depth explanation of the conditions that caused an error. Additionally, the Device Profile inspector makes the capabilities of the emulator’s hardware profiles visible to the user.

Help us make the PowerVR Graphics SDK even better

Alongside our email support and the Imagination Developer Forum, we are deploying a public feedback mechanism where you can submit feature requests and bug reports and also vote for/comment on other developers’ ideas.

It’s a great chance to make your voice heard and see your idea progress from a simple concept to the next big feature of our next PowerVR Graphics SDK release.

To find out more about the PowerVR ecosystem, please join us for our first Imagination Developers Connection events. The next one will be taking place in Seoul, Korea and features presentations and interactive sessions with PowerVR graphics experts. If you are in the area and want to attend, make sure your register now, availability is limited.

Follow us on Twitter (@ImaginationTech) and keep coming back to our blog as we continue to bring you the latest news and announcements on PowerVR.