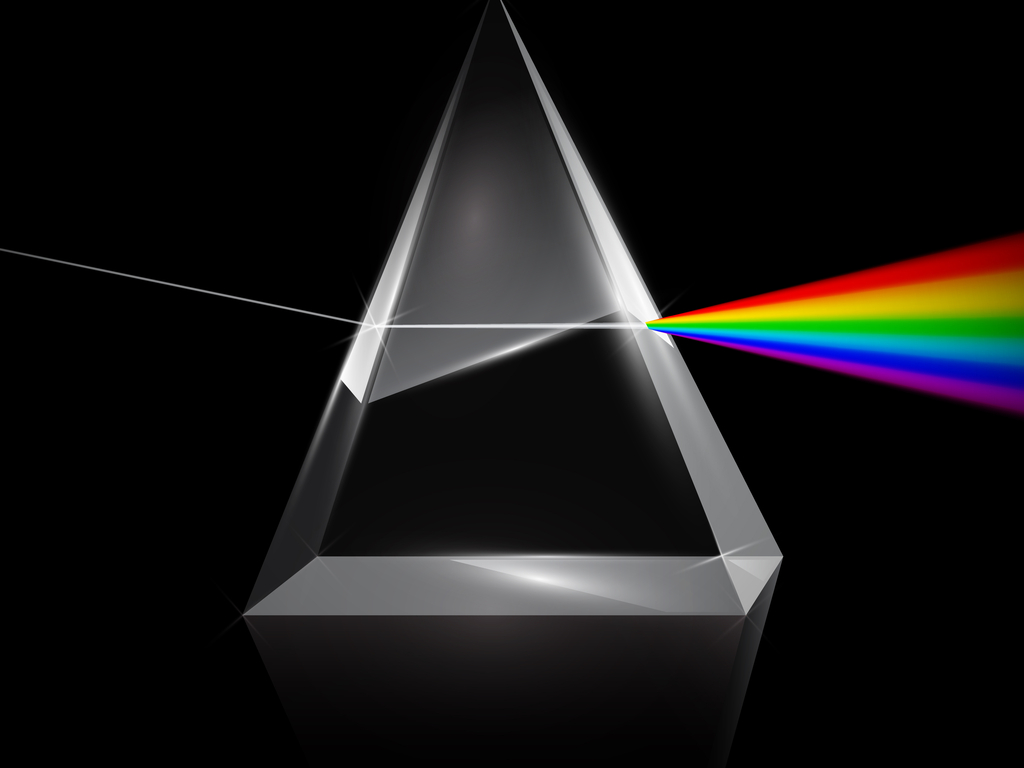 Despite the theoretically infinite ways to implement a modern GPU, the truly efficient ways to make one come to life in silicon tend to force the hands of those making them for real. The reality of manufacturing modern high-performance semiconductors, and the problem at hand when trying to accelerate the current view of programmable rasterisation, have uncovered trends in implementation across the GPU hardware industry.

For example, SIMD processing and fixed-function texture hardware are a cast-iron necessity in a modern GPU, to the point where not implementing a GPU with them would almost certainly mean it wasn’t commercially viable or useful outside of research. Even the wildest vision of any GPU in the last two decades didn’t abandon those core tenets. (Rest in peace, Larrabee).

Real-time ray tracing acceleration is the biggest upset to the unwritten rules of the GPU in the last 15 years. The dominant specification for how ray tracing should work on a GPU, Microsoft’s DXR, demands an execution model that doesn’t really blend in with the way GPUs like to work, giving any GPU designer that needs to support it some serious potential headaches. That’s especially true if real-time ray tracing is something they haven’t been thinking about for the last decade or so and here at Imagination, we have been.

If you make your way through the DXR specification and think about what needs to be implemented in a GPU in order to provide useful acceleration, you’ll quickly tease out a handful of high-level themes that any resulting design needs to address.

First, you need a way to generate and process a set of data structures that encompass the geometry, to allow you to trace rays against that geometry in an efficient manner. Secondly, when tracing rays, there’s some explicit user-defined programmability that can happen when the GPU has tested whether a ray intersects with it or not. Thirdly, rays being traced can emit new rays! There are other things that a DXR implementation needs to take care of, but, in terms of the big picture then that trio of considerations are the most important. 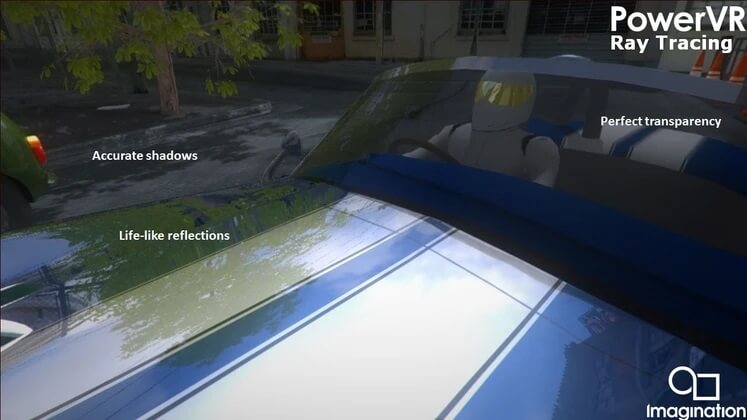 Generating and consuming the acceleration structures for efficiently representing geometry that rays need to be tested against implies a potentially brand new phase of execution for the GPU to complete, and then we need to execute a brand new type of work primitive that processes those acceleration structures, test if they hit, and then do something under programmer control if they do or not. And GPUs are parallel machines, so what does processing a bunch of rays together mean? Does doing so uncover new challenges that are substantially different to those baked into the traditional parallel processing of geometry and pixels?

The answer to that last question is a resounding yes, and the differences have a profound effect on how you want to map ray tracing onto a contemporary model of GPU execution. Those GPUs have an imbalance of computational and memory resources, resulting in memory accesses being a precious commodity, and wasting these is one of the fastest ways to poor efficiency and poor performance.

GPUs are designed to make the most of that access to connected DRAM in whatever form it takes, exploiting spatial or temporal locality of memory access as the means to do that. Thankfully, most common and modern rasterised rendering has the nice property that during shading (and especially pixel shading which is usually the dominant workload for any given frame), triangles and pixels will highly likely share data with their immediate neighbours. So, if you access any cache data needed by one group of pixels, say, chances are the next neighbouring group will need some or all of that memory you’ve already fetched from DRAM and cached. That holds true for most rasterised rendering workloads today, so we all get to heave a big sigh of relief and design GPUs around that property.

This is all great until we come to ray tracing. Ray tracing has the tendency to throw that property of spatial locality into the bin, fill the bin with petrol, and light the bin on fire. Let’s examine why.

The easiest way to think about it is to look around you and take note at what light is doing in your environment as you sit and read this. Since ray tracing models the properties of light as it propagates from all sources, it has to handle what happens when light hits any of the surfaces in the scene. Maybe we only care that the ray hits something, and what that something is. Maybe that surface scatters the light in a uniform direction, but maybe it’s almost completely random. Maybe the surface absorbs all of the light and it doesn’t go any further. Maybe the surface has a material that partially absorbs almost all of the light, and then randomly scatters the small amount of light that it doesn’t capture. 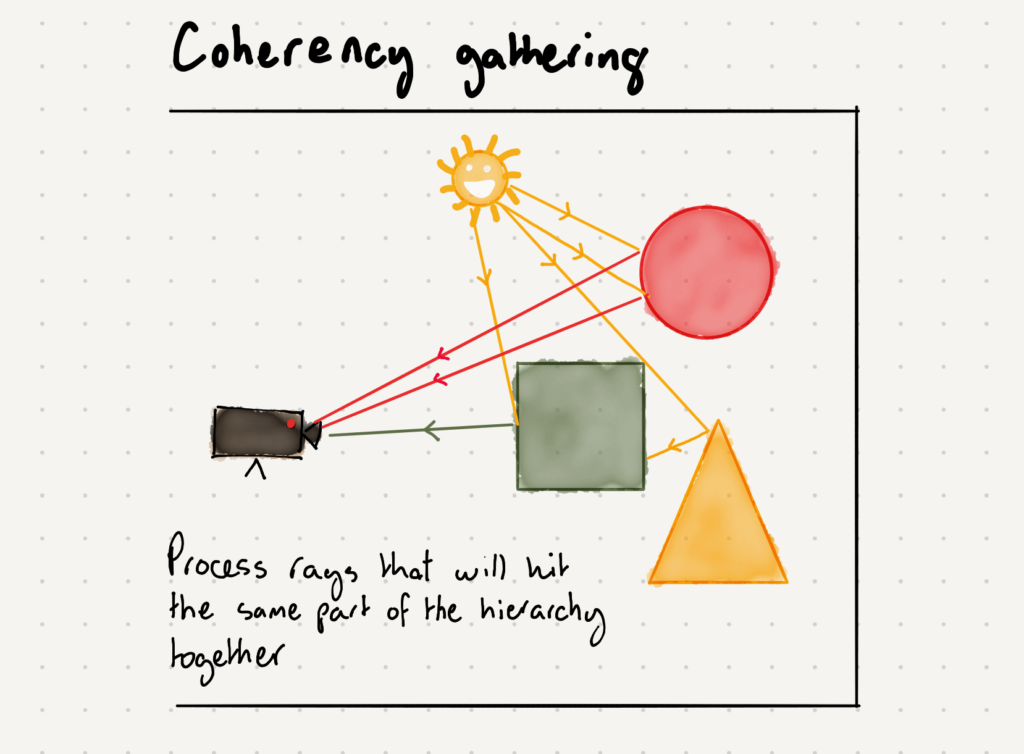 Only the first of those scenarios maps to how a GPU tends to work when exploiting memory locality, and even then, that’s only if all of the rays being processed in parallel all hit the same kind of triangles.

It’s that potential for clear divergence that causes the problems. If any of the rays being processed in parallel might do anything differently from each other, including hitting a different bit of the acceleration structure or starting new rays, the underlying model of how the GPU wants to work gets broken, and usually in more disruptive way than the divergence you encounter in conventional geometry or pixel processing.

What PowerVR’s implementation of ray tracing hardware acceleration does, which is unique compared to any other hardware ray tracing acceleration on the market today, is hardware ray tracking and sorting, which, transparently to the software, makes sure that parallel dispatches of rays do have similar underlying properties when executed by the hardware. We call that coherency gathering. Other ray tracing solutions in the industry do this crucial step in software, which inevitably will be slower and more inefficient.

The hardware maintains a database of rays in flight that the software has launched and is able to select and group them by where they’re heading off to in the acceleration structure, based on their direction. This means that when they’re processed, they’re more likely to share the acceleration structure data being accessed in memory, with the added bonus of being able to maximise the amount of parallel ray-geometry intersections being performed by the GPU as testing occurs afterwards.

By analysing in-flight rays being scheduled by the hardware, we can make sure we group them for more efficient onward processing in a manner with which the GPU is already friendly. This is key to the system’s success and helps unbreak the execution model the GPU industry carefully put in place while building efficient rasterisers. That avoids the need for any special kind of memory system just for the ray tracing hardware and therefore provides an easier integration path with the rest of the GPU machinery.

The coherency gathering machinery is itself pretty complex since it needs to quickly keep track of, sort and dispatch all of the in-flight rays in the system without causing either back pressure on the scheduler system that feeds it or starving the testing hardware that consumes the sorted rays being processed against the geometry acceleration structures.

Without that hardware system in place to help the GPU process similar rays you’re left either hoping that the application or game developer took care of ray coherency on the host somehow, or you’re shooting for some middle ground of sorting them on the GPU using compute programs – if the way you process rays in hardware even allows for that in the first place. None of those options is compelling for performance and efficiency in a real-time system, yet Imagination is the only GPU supplier on the market with such a hardware ray tracking system.

Going with the ray flow

The reason we’re the only game in town for hardware ray tracking is because we’ve been working on solving the problem for a very long time, compared to the baby steps the rest of the industry is taking now that ray tracing has become a first-class citizen in one of the major graphics APIs in use today.

It’s also that ray flow which is most important to measure in a modern hardware ray tracer. Peak parallel testing rate, or empty ray launch and miss rate, are simple headlining ways to describe the performance of your ray tracing hardware, but they’re not terribly useful. After all, developers don’t only care about a high peak-parallel testing rate or a high miss-only rate.

The goal is usable full-fat ray flow throughout the entire accelerating system so that developers can do something useful with the ray budget you’re advertising. Our coherency gathering system allows us to offer that, making it unique compared to any other system on the market today.