Whether its computing, electrical, or mechanical, today, engineering touches every aspect of our lives. As such, engineering is frequently positioned as a career path that offers great opportunity for future generations. However, some argue that when it comes to young girls and women, society discourages women from considering it. 23 June is National Women in Engineering Day so we thought we’d make the occasion by looking further at the issue.

The figures for women in STEM (Science, Technology, Engineering and Maths) occupations as a whole aren’t great and certainly indicate that women are underrepresented. According to a survey by PwC, women make up just 15% of people working in STEM occupations in the UK, while only 5% of leadership positions in the tech industry are held by women. Its research also revealed that for females in further and higher education, only 27% would consider a career in technology compared to 61% of males and only 3% of women said it would be their first choice.

So, are women missing out on a fulfilling and creative career path and can we, as an industry help to address it?

To get a sense of this we talked to some of the women in our own engineering team. What we learned was that one of the issues is that to some engineering is not considered a ‘creative’ endeavour, which would explain why many young children and students look for alternative careers. 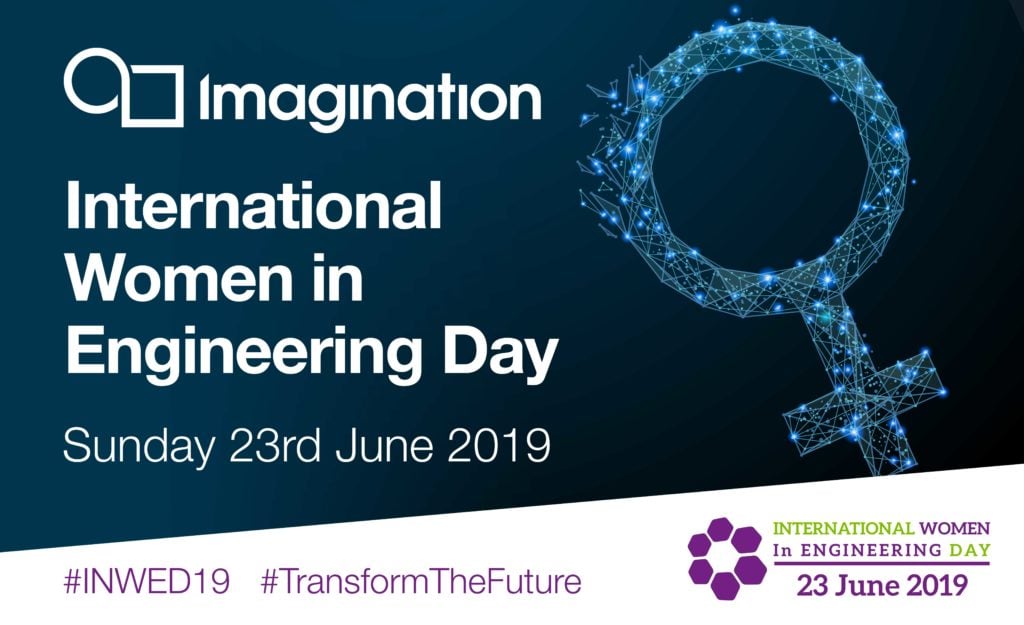 Brigid Smith, director of hardware engineering at Imagination, said, “I was surprised a few years ago to be asked by a friend if I regretted not going into a creative career. To me, it was a strange question, as I would never consider engineering not to be creative. Engineering is about problem solving and at Imagination we are constantly coming up with new and innovative ideas to improve what we do. I worked for years as a hardware design engineer, so it was my ideas, my solutions to the specification that was given which I coded up and ended up becoming part of the customer’s silicon. That’s my design in millions of phones out there – exciting stuff!”

Sean Clift, senior director of hardware engineering, echoed these thoughts. “My favourite part of the job is creating a design to solve a problem and then seeing it work. I really love making things simple, elegant, and perfectly crafted; it’s very satisfying and can be applied to anything from writing an email to architecting a GPU. It’s nice to do work that you can be proud of.”

“I definitely think Electronic Engineering is creative,” said Anna Hedley, senior customer engineering manager. Problem solving is one of the main skills we need, and this requires creativity to find new ways to solve problems,”.

“We are designing IP for future products so through collaboration and imagination we need to work out what future requirements are going to be and how to implement, sell and support them. My role as Customer Engineer involves finding creative ways of presenting information to customers from around the globe to help them best understand our cores and solve any issues they have with implementation. Without imagination, we would never be able to provide the advancement that is seen in the electronics industry around the world.”

So why are people, particularly females, overlooking engineering as career option? A lot of it comes down to perception. Engineering as a career choice has generally been labelled as masculine, despite programming in the very early days being considered a woman’s job.

Today, engineering is not necessarily anti-female but rather, historically, it has typically attracted and celebrated males. If you Google “greatest engineers,” all the engineers that are listed are men. Where are Edith Clarke, Emily Roebling or even Hedy Lamarr (Hollywood actress and, naturally, inventor of the frequency hopping tech used in Bluetooth and Wi-Fi)?

It could be that some females simply “opt out”, thinking that they aren’t smart enough or don’t have the right skillset to become engineers, even if that isn’t the case.

One way to combat this issue is to reassure people that being good at maths and science at school isn’t the only thing that makes you a good engineer. Being good at those certainly helps, but the ability to “visualise” a problem is also a great benefit.

“To me, electronic engineering is like playing with more advanced LEGO pieces. There are infinite ways to build something, so the final design depends on what pieces we use and how we choose to put them together. This creative aspect is a large part of why I chose electronic engineering, plus it is very rewarding to see the finished product doing something useful,” says Simon Van Winden, graduate hardware engineer.

“Generally speaking, engineers think in diagrams,” says Wei Man Chim, senior design engineer. “When I was designing my first module at Imagination, I struggled to see how my module would behave with my proposed design. I wanted to see the design in action, but without doing the implementation. I drew up a bunch of diagrams, where I was trying to visualise the inputs through my module and sub-modules to the output over time. Going through this process I was able to go through some of the problems and redesigned the diagrams to solve those problems.”

Imagination’s head of talent acquisition, Nick Burden, added, “We must raise young people’s awareness of how fulfilling and secure an engineering career path is so they can make informed choices for their future. This is why a number of our engineers have been visiting local schools to tell students about their experiences of studying and working in engineering.”

Nick also highlighted, “I firmly believe it’s never too late to get into engineering. Whether you’re studying for your GCSEs or A Levels, or if you’re already working in a different industry it’s possible to learn coding online or attend various courses, plus lots of companies like Imagination offer apprenticeships and work placements. Also, you don’t need to have a degree so people shouldn’t be put off by a lack of formal qualifications, you’ve just got to have passion.” 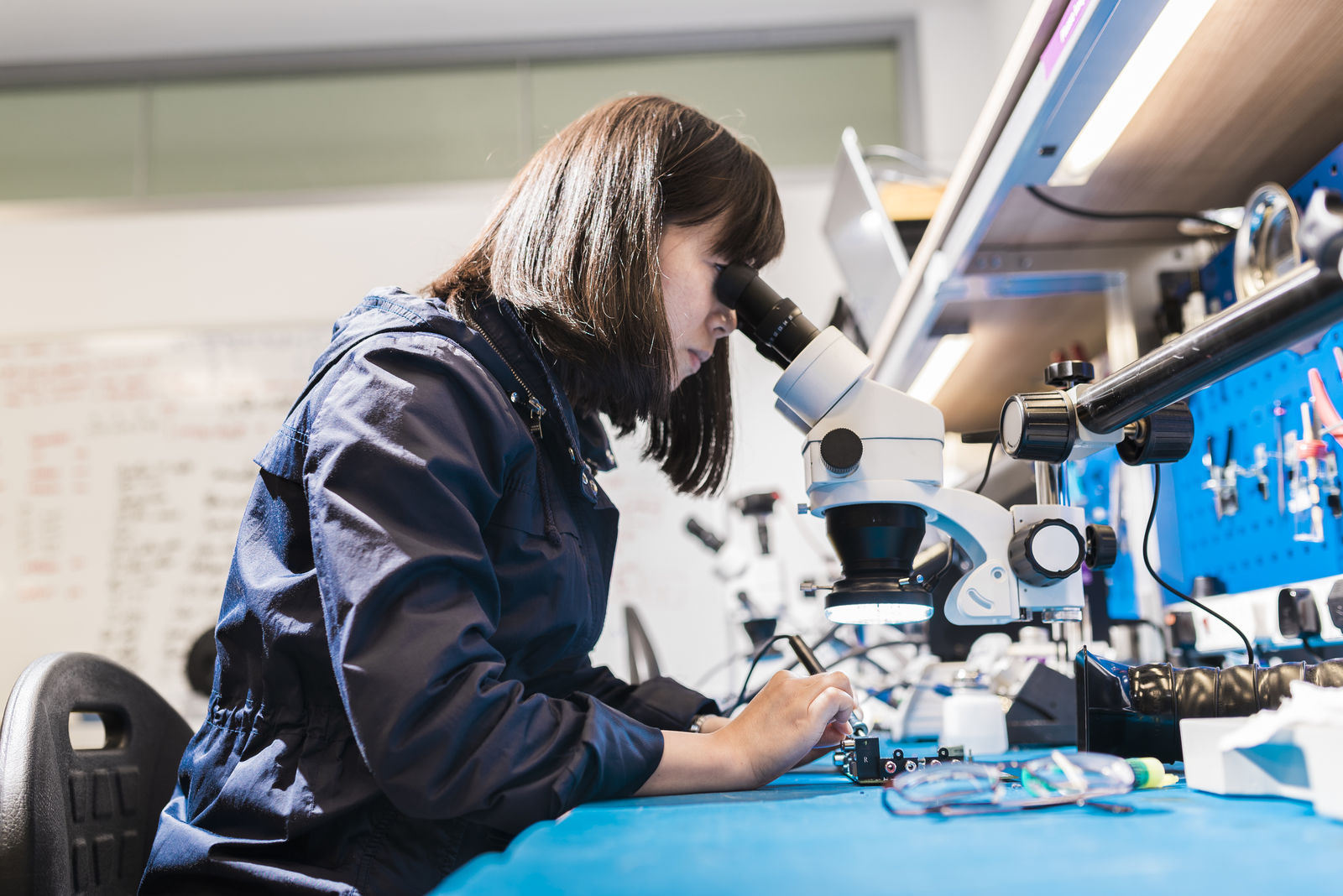 How do we attract women into engineering?

There isn’t a “quick fix” when it comes to addressing the lack of women in STEM. It’s even been suggested to me that since a number of high profile initiatives have been launched encouraging girls and women to study STEM subjects, numbers have dipped further – currently just one in four graduates in core STEM subjects are women. We must change this and Imagination’s Elliot Taylor, hardware engineer, makes a compelling point about the importance of diversity.

“We all think differently, and every individual is uniquely creative. By increasing the diversity of engineers, new ideas and thought processes are brought to the table, improving the workplace and the quality of our work. Approximately 50% of the population are women who are from a multitude of different backgrounds, with a vast range of experiences. By increasing the number of female engineers, the technology industry will become far more diverse which has the potential to lead to exciting new discoveries and breakthroughs.”

To make engineering a sought-after career, we must dispel the image of it being dull and boring and show how creative and exciting it really is. It’s not just about being the most technical, the best engineers will have other skills. We need female role models to normalise engineering, to influence parents and teachers, and to increase activities in schools.

“If girls like working in groups to solve problems and get excited about how and why things around them work and how they could make them better then engineering is an ideal job for them,” says Anna Hedley.

Geetika Arora, lead hardware engineer, adds, “I was inclined to working in the electronics industry from my school days because I was always interested in how technology can help society and medical fields. If kids, especially girls are shown how to work on building sets, jigsaw puzzles and science projects by parents, it will enhance logical thinking and motivate them to work in STEM fields more.”

Drawing on her on own experiences, Rosanna Ashworth-Jones, leading developer technology engineer, says, “I started my career as a software engineer because I loved technology, but found myself equally drawn to writing as well and didn’t really want to give that up. At Imagination, I found my perfect role as I am responsible for the technical documentation that developers use to write better 3D graphics applications. I come up with imaginative solutions for getting that information across to developers in the best ways possible. I also create content for our website, produce marketing materials including videos, write blog posts in a variety of styles, and lots more.

“However, to be able to do this properly, I need to have engineering experience to know what’s useful, and what’s not, and to be passionate about the technology I write about. I also find myself needing to come up with creative programming solutions to manage our documentation too. I’m an engineer, and I’m a writer, and both are equally important for my job!”

The future of engineering

With the increasing demand for new technology, products and materials, tomorrow’s engineers have an exciting and valuable career ahead of them. As Elliot Taylor, comments, “Engineering is such an exciting field that is completely changing the world as we know it. Being an electronic engineer allows you to be truly creative, to design products that will change how we tackle anything from health to entertainment. Technology is becoming more and more prevalent in every part of our lives – why would you not want to be involved in shaping how this world changes?”

My hope is that in the years to come, when my children and grandchildren Google “amazing engineers”, not only will they continue to see amazing advancements that have transformed the world for the better, but that there will be a lot more women credited with these advancements. 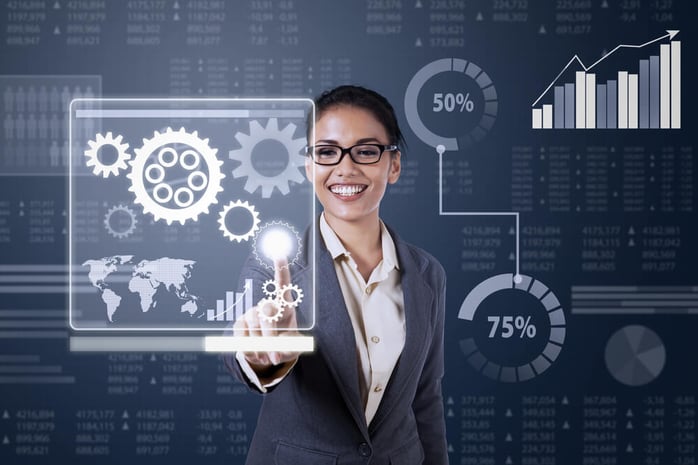 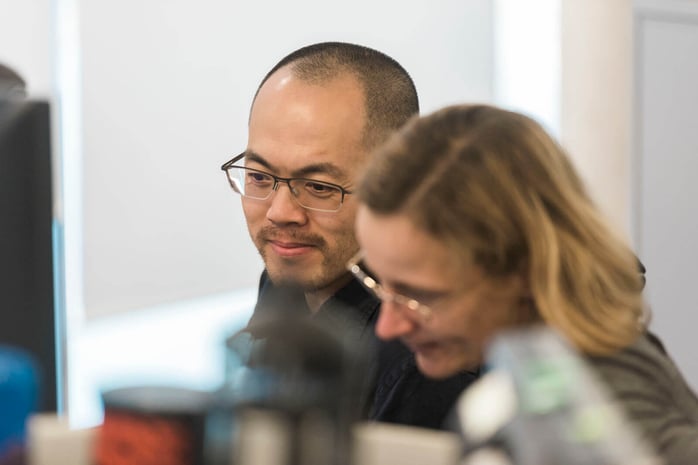