The launch of the government’s much-anticipated Digital Strategy at London Tech Week in June 2022, was a key moment in signalling its commitment to strengthening the UK’s position as a global tech leader in key areas such as digitalisation, levelling up, R&D and IP, and skills and talent. Confirmation that a UK Semiconductor Strategy will follow later this year was an important and reassuring sign that the UK government is waking up to the fundamental role that semiconductors play in the wider tech ecosystem.

As a leading global supplier of semiconductor IP, Imagination welcomes the Digital Strategy and its commitment to supporting the UK’s semiconductor supply chain. Earlier this year, we published our report on the future of the UK semiconductor industry, based on in-depth interviews with a range of industry experts. The report considers how best to mitigate the impact of the ongoing global semiconductor shortages on the UK, concluding that the government should engage in trade diplomacy to build strategic alliances, invest in digital skills and R&D, and bolster efforts to commercialise IP. It is encouraging to see these policy ambitions mirrored in the Digital Strategy, but with other governments moving quickly to shore up and support their domestic semiconductor sectors, the UK must move quickly and begin turning these ambitions into reality.

Semiconductors play an essential function across the economy, and government should work closely with industry to establish security of supply through strategic international partnerships. The UK is the clear leader in Europe when it comes to semiconductor design, with its unique science and technology ecosystem helping foster the emergence of over 110 design firms. The UK should seek to leverage its strengths in chip IP by working with like-minded partners that specialise in other parts of the supply chain, such as manufacturers, to secure a stable supply of semiconductors. In practice, this entails UK chip designers working closely with leading chipmakers in places such as Taiwan, the EU and the US, something that already happens, but which could be expanded further.

Our report suggests that leaders in the UK semiconductor sector see strategic partnerships with international allies as a more effective approach to securing semiconductor supplies than ‘on-shoring’, which would require huge amounts of investment with little guarantee of success. Addressing the global shortage of semiconductors requires global cooperation, and the Digital Strategy is right to recognise the merits of working within alliances to enable collaboration across areas such as R&D and supply chain diversification.

The UK will also need to address the skills shortage that continues to plague the UK’s semiconductor sector, preventing it from reaching its full potential. Our research found that there is a shortage of both talented engineers and training available to apprentices in the sector. The report calls for greater collaboration between government and industry to address the digital skills shortage, and we welcome the Digital Strategy’s announcement of a Digital Skills Council – involving the private sector and chaired by the Minister for Tech and the Digital Economy – as a step in the right direction.

As addressing the skills shortage in the UK labour market will take time, the government should work with the industry to streamline the process of sourcing overseas talent. Our research found that both start-ups and scale-ups are currently unable to process visa applications at the pace needed to compete in a fast-moving global market. The Global Talent Network and several new visa pathways expected to launch later this year have the potential to address these challenges; the government should ensure they alleviate the existing burden of processing visa applications while drawing skilled engineers to the UK.

Last, but not least, boosting investment in R&D will be critical to realising the UK’s potential as a global tech leader. Imagination welcomes the Digital Strategy’s commitments to increase investment in R&D and to enhance R&D tax incentives both in the semiconductor industry and beyond. As a company, we have invested heavily in R&D, and continue to do so, and we understand the critical role it plays in allowing businesses to innovate, compete, and create high-skilled jobs.

The government also needs to do more to safeguard and leverage the unique IP generated by R&D investment. British chip designers create world-leading IP but need greater support in commercialising and protecting it. IP is critical to the UK’s success in the semiconductor supply chain, and government should act swiftly to challenge unfair practices in export markets and support UK firms to achieve fair conditions for the licensing of their IP overseas.

As competition for talent, investment, raw materials and IP intensifies, the government’s renewed commitment to the tech sector through the Digital Strategy comes at a good time. Imagination looks forward to supporting the government in taking the Strategy forward, and to the more concrete commitments due to be announced in the Semiconductor Strategy. 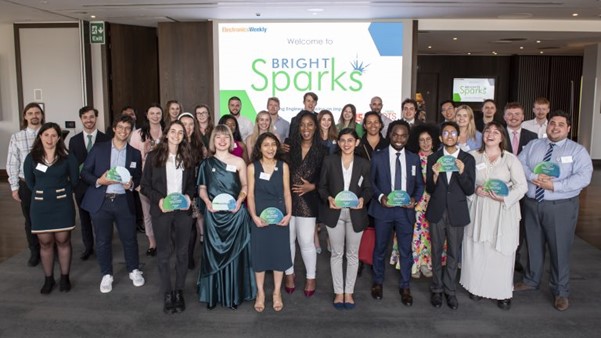 Celebrating our BrightSparks in 2022

I was honoured to be asked to be on the judging panel of the Electronics Weekly (EW) BrightSparks 2022 awards, celebrating the brightest and most talentedfalse 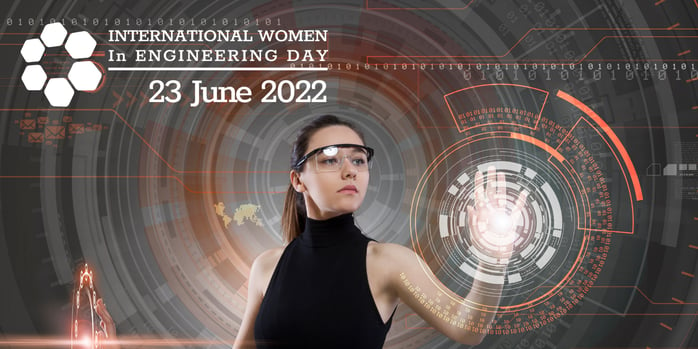 This year for International Women in Engineering Day (Thursday 23rd June), the Women’s Engineering Society (WES) is looking towards the future, focusingfalse

Imagination: Now and Beyond