If you’re looking for a single example of jaw-dropping tech at CES then it was hard to see past “The Wall” at the Samsung booth. I mean that quite literally. It’s so big, it’s very difficult to see past it. It’s not called “The Wall” for nothing. The Wall is Samsung’s Micro-LED display that’s 292in tall – or 3.6m high – as big as a small cinema. It is an incredible sight. Samsung had another “Wall” around the corner, which I was impressed by before realising that it was just a tiddler – the real thing was around the corner. 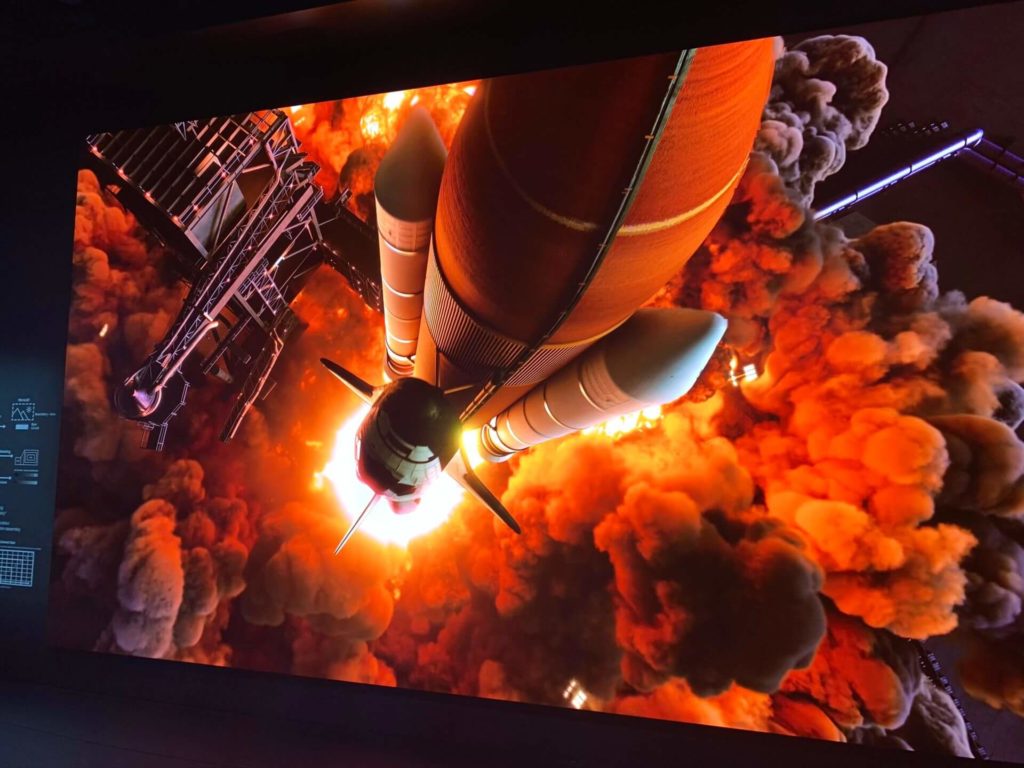 The Wall is made possible by Micro LEDs – the rival for OLED technology that dominates the TV industry right now. Like OLEDs they are self-emissive, so there’s no nasty backlight clouding, and can be turned on and off individually for fine control, giving perfect contrast. They are also brighter, which gives HDR much more pop, and the tech is modular and bezel-free making it perfect for different room shapes. The resolution depends on how many panels you put together so it can scale up to 8K – in fact, it’s shrinking it down to fit real-world TV sizes that’s difficult as the pixel pitch has to be shrunk. However, at 292in 8K the picture was, to use a technical term, bonkers.

Remarkably though it’s not the biggest screen at CES. That honour belonged to Sony who was using had a screen that was 9.7 metres wide and 4.5 metres high. This was its Crystal LED display (its version of Micro LED) used as a backdrop for its remarkable virtual set demo. With this, it displayed an image of a volumetrically captured building with the view adjusting in sync with the cameras, so it appears on screen as if it’s actually there. In fact, the light from the screen adds light the scene, perfect for lens flare. 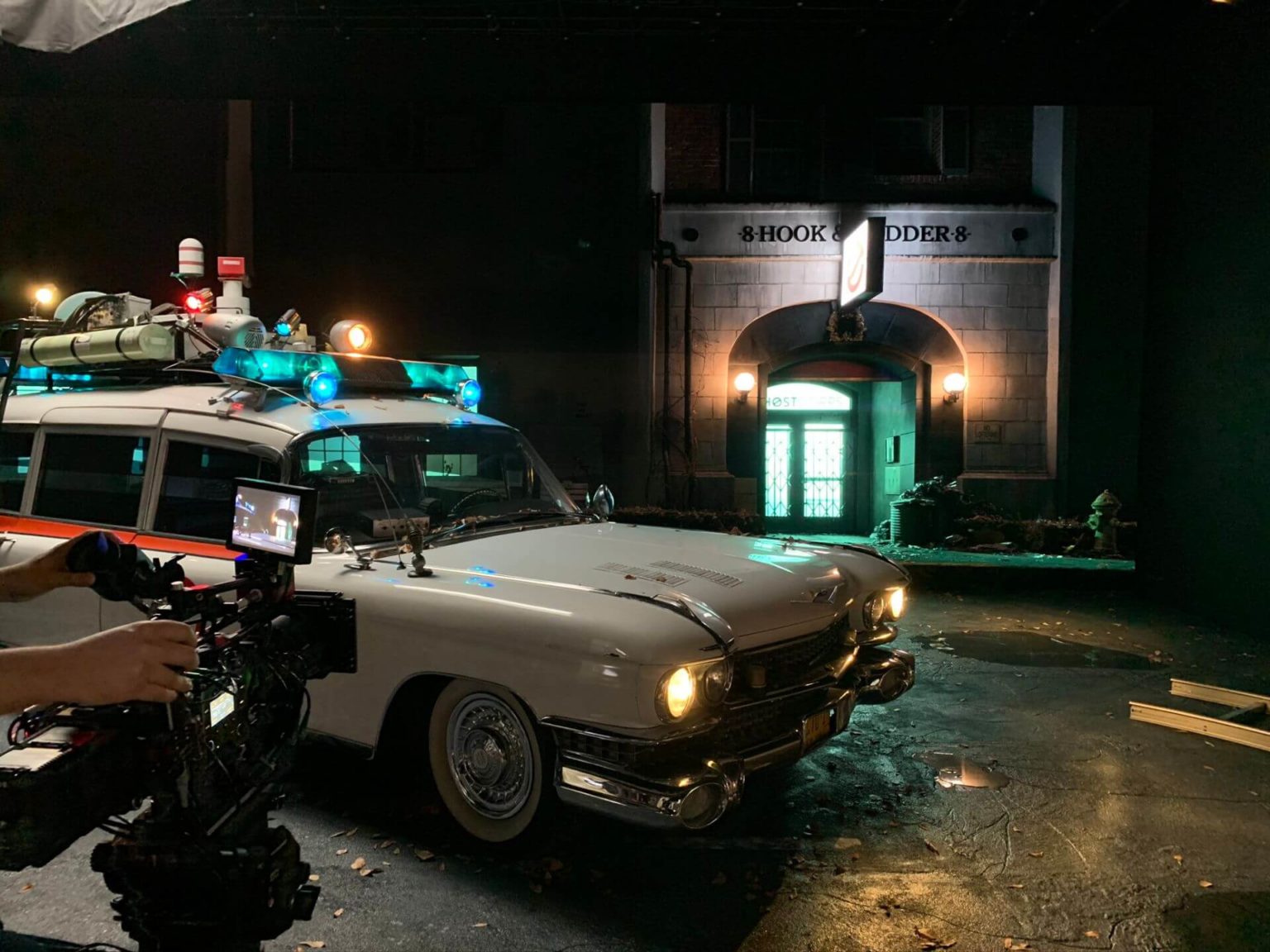 It’s clever tech. However, Sony told me it wasn’t making a song and dance of the size of the screen and was instead focusing on the picture quality. The 220in Crystal LED screen across the screen, while only 4K looked phenomenal, with Sony telling me it can step out of pure black at finer levels than its rivals, giving better low-light shadow detail.

8K was everywhere at CES, with every brand pushing it for their high-end offering. Native 8K content is rarer than a classy Las Vegas hotel, which means that to make it saleable, upscaling is required, and that places a very strong emphasis on AI. 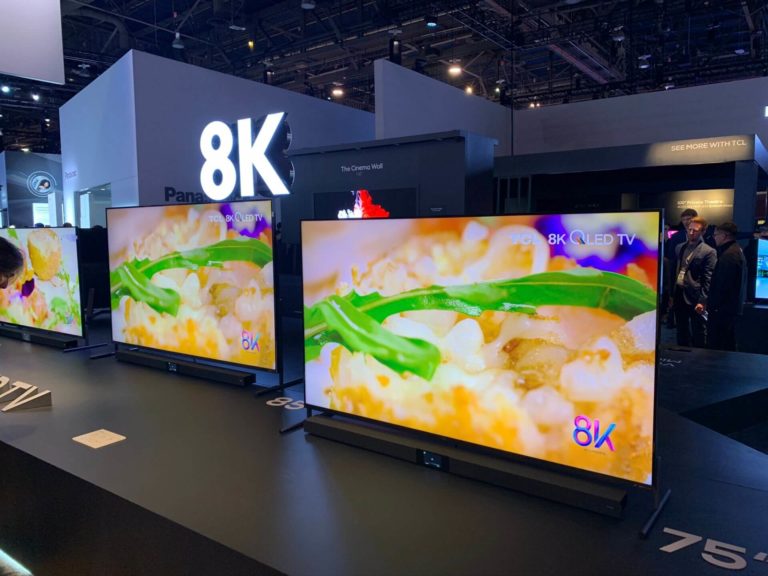 Samsung made a big deal of the fact that its latest-gen 8K TVs make uses of neural network-based deep learning AI that continually optimises the picture in real-time, rather than the less flexible machine learning it uses previously. The end rest was native 4K content that looked better on their 8K demo TV than the native 4K TV next to it.

AI naturally popped up everywhere you looked at CES, and where there was an algorithm usually a camera was not too far away. For instance, there was a screen showing a camera performing face recognition and it turned out to be for an air conditioner, with that camera used to recognise the owner so it could set itself to its owner’s preferences.

Cameras in the kitchen

GE Appliances meanwhile, was showing a kitchen concept that literally reshapes itself to match the users. It employs face and voice recognition to identify those using the kitchen and the work surfaces literally move up and down to accommodate people of different heights – the example given was to give more accessibility to those in a wheelchair that can’t access standard work surfaces.

The company was also showing an actual kitchen you can buy that features a large monitor built into the front of the extractor fan/vent that can be used to watch TV or show you cooking suggestions. And cameras. Lots of cameras. The idea is that you place your ingredients on the counter-top, the camera identifies these using neural network-based object recognition are then suggests a host of recipes to you that can cook. You can filter by preferences and the cooking time you have available. There are also cameras in the oven and microwave that can recognise “doneness”, telling you when your food is ready or if it needs more time.

GE’s parent brand, Haier, also has an array of camera-enabled devices for the home – a “smart closet”, that analyses your frame and shows you on a full-length screen what clothes will look like on you. It can recognise clothes you have hanging up, and then show how those will look on you. 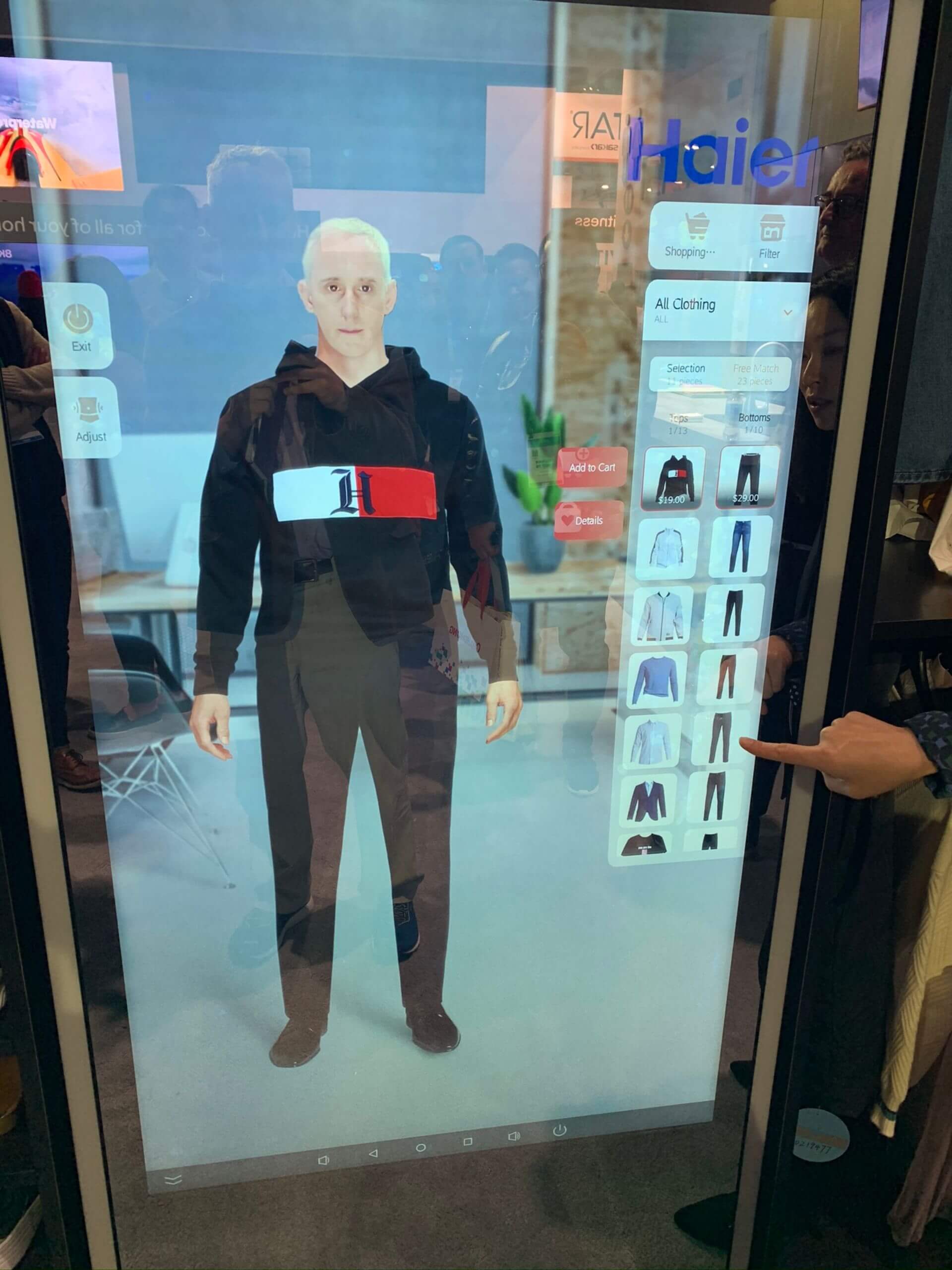 Whether it’s impressive or just daft will depend on your willingness to accept technology into environments that don’t normally have them – and some might be concerned about the security of a camera in a private space – though we have plenty of smart speakers in our homes with this already. Either way, it’s the future, and it’s here already.