Celebrating the 20th anniversary of Dreamcast and PowerVR

It was 20 years ago today (well yesterday, strictly speaking, but close enough) that Sega released the Dreamcast onto the world in the US, with the Japanese and European launches following on later that year. While its reign was short – from September 1999 to March 2001, it’s clear that from the many articles that have appeared online that the console is remembered fondly by gamers throughout the world. It was memorable for a number of reasons – for example, it was the first console that enabled users to play online, a feature which is now taken for granted these days.

From an Imagination Technologies perspective, we, of course, remember it fondly for featuring a PowerVR graphics chip in the form of the NEC PowerVR2. Running at 100Mhz, capable of rendering 6 million polygons a second with textures and lighting, it offered many unique features that set it apart from the competition.

Simon Fenney, one of the original engineers who worked on PowerVR at the time, (and who is still at Imagination) told us what made the graphics chip on the console unique.

“It had some really novel features that were ahead of its time.” One of those key features was translucency sorting, where the chip automatically works out which objects don’t allow light to pass through them. “You didn’t have to do anything,” says Fenney. “You just put the translucent object in and say, “I don’t care!” With everything else you’d have to jump through hoops to get it right, but PowerVR on Dreamcast did it for you and you didn’t have to worry about the performance hit.”

Another useful feature was shadow volumes. “That was used in a game called Toy Commander, which made very interesting use of shadows.”

The third big feature was texture compression. “Sega said that typically 75% of textures were compressed,” continued Fenney, which was about two bits per pixel, which was hugely compressed for the time. If you didn’t have something that was compressing down by a factor of eight, then you couldn’t have had a massive world like Shenmue.”

While many articles highlighted how great the Dreamcast was some on Twitter were flagging up how important PowerVR was to the Dreamcast’s success. 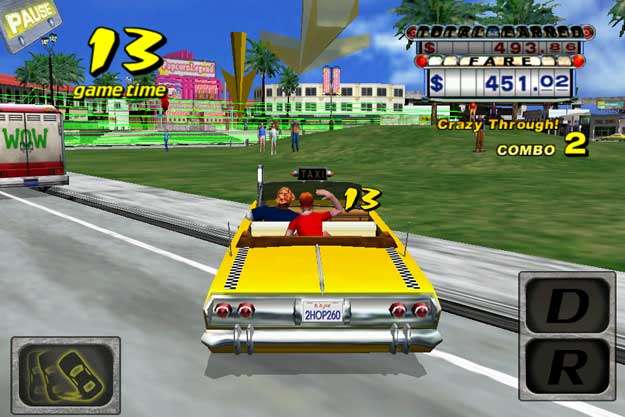 @Gozilu. “We can to some extend [sic] also thanks [sic] the @ImaginationTech PowerVR GPU in it, without some games would have not looked the way they are. It was pretty advanced compared to the competitor at that time.”

So why was the Dreamcast PowerVR GPU so good for the time? Fenney says it was essentially the fact that it was a proprietary design. “We didn’t have to fit into the constraints of the OpenGL/DirectX pipeline. As a standalone platform, we could put all the great ideas you always wished you could use but weren’t constrained by the APIs.”

The Dreamcast was significant as its tile-based deferred rendering design shared heritage with the chips that were used a decade later in the first smartphones, which went on to rule the world.

Imagination’s GPU designs continue to be based on TBDR, so while we pause to celebrate one of our greatest hits from the past we look forward to revealing our new cutting-edge, industry-leading designs towards the end of the year.

To do that be sure to keep up to date with everything related to Imagination you can follow us on Twitter @ImaginationTech.